The month of August will always be special to Ruth’s House. On August 2nd, we celebrated the 15th year of Ruth’s House opening it’s doors.

Ruth’s House opened in 2004 in response to an unmet need for safe shelter for homeless women and children in Rice County, Minnesota. A group of women called the Founding Mothers gathered together with a vision in 2003, and less than a year later Ruth’s House — named after the Biblical Ruth — opened its doors in Faribault.
Since opening in 2004, Ruth’s House has provided 105,000 nights of sleep.
We are so honored to have celebrated our 15th year – we couldn’t have done it without all of you! 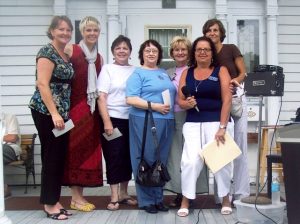